Building for the Future

For babies and children pre-school age

Unfortunately we have been unable to resume Twinkles due to the ongoing
work in the Halls. We hope now that we will be able to re-open after Half
Term on Thursday, 27th February. We already know from some of the carers
how much we are missed and how much they are looking forward to
returning, but unfortunately due to our prolonged closure a great many of
our children have moved on to nursery or school. We hope that by
September and the new school year we will be well and truly up and running
so that we will be able to attract new people into the group.

Our halls are now closed due to the building work. Open House will be held on a Wednesday 10.00am – 12 noon as usual but will be held in St. Martins Church Halls until we are up and running again in our own newly refurbished halls.

Open House
Mission to Seafarers
Grateful thanks to all who support our Charity Table at Open House on Wednesday
mornings – either bringing items for sale, or making a donation and taking them home.
Recently the money raised was in support of the National Charity ‘”Mission to Seafarers” and the result was that we were able to donate the sum of £98.00 to be  added to the Church’s Harvest Appeal.
This Charity has also received a great “boost” from a kind friend – Mrs Margaret Cooper – who gave us a considerable amount of wool, which will keep our knitters busy during the winter months – enabling us to send off parcels of scarves and hats much needed by this world-wide Christian Charity. 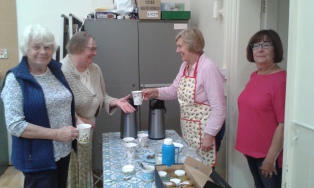 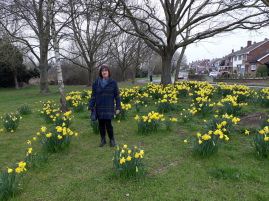 We are located at:

Get social with us.